The Department of Infrastructure is the Isle of Man's Flood Risk Management Authority. We have a duty to provide general supervision over all aspects of flood risk management on the Island. This includes flooding from rivers, rainfall and the sea.

You are responsible for protecting your property from the risk of flooding. Visit our Be Flood Prepared page for tips on how to do this. 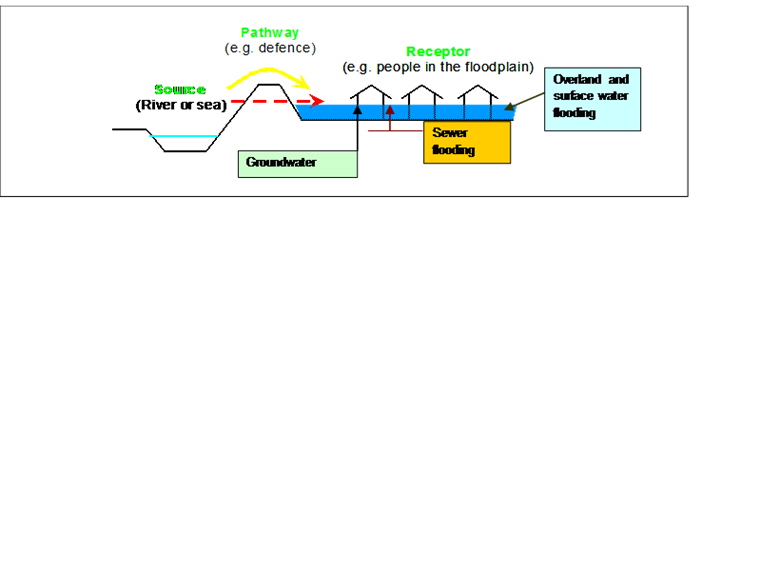 We publish maps that provide a good indication of the areas at risk of flooding from rivers, surface water or the sea.  These maps do not show the level of risk to individual properties and they do not cover every watercourse on the Island. You can view the maps here.

Gather essential items together either upstairs or in a high place. Fill jugs and saucepans with clean water. Move your family and pets upstairs, or to a high place with a means of escape. Turn off gas, electricity and water supplies when floodwater is about to enter your home if safe to do so.

Please see our be be flood prepared page for more information.

There are many different products on the market that are designed to protect your home from flooding.

Please see our be flood prepared page for more information.

Sandbags are available free from all civic amenity sites.

If you are in imminent danger of flooding and don’t have sandbags, you can fill any plastic bags (bin liners etc) with any bulky material from the garden i.e. soil, sand or turf. This may cause damage to your garden but may give sufficient protection to your property until the flood waters subside. Place and mould the bags to form a barrier across door steps, ventilation bricks and across any other point that water may enter the property.

The Isle of Man Government does not provide grant funding to aid flood protection for properties. Property Level Protection (PLP) measures improve a property’s resilience or resistance to damage from flooding. It provides the opportunity for those who have been flooded to better prepare their homes or business for future flood events, both to reduce the risks and impacts from flood water entering the property and to speed the recovery if it does.

Please see our be flood prepared page for more information.

If you plan to put up flood defences or carry out works on or near a watercourse, our written consent is required so please contact us .

You should also contact the Department of Environment, Fisheries and Agriculture (DEFA) on (01624) 685835 as you may require their consent before working in or near certain watercourses. Depending on the type of work planned you may also require other consents or planning approval. Additional contact details for DEFA can be found here.

Please read Watercourse Management in the Isle of Man for further information.

This is often mistakenly believed to be a flood that occurs every 100 years. The phrase really means a flood that has a one percent chance of occurring in any year. These are statistical measurements of probability and can be supported by historical flood records, gauged river, and rainfall data. Recurrence intervals and probabilities of occurrences are presented in the below table.

A 5-day weather forecast for the Island can be found here.

Road closures: Find out if roads are closed due to flooding.

If you require assistance due to flooding please contact the Department of Infrastructure: (01624) 850000.

If your life is in danger due to flooding dial 999.

Can the impounding reservoirs be further developed for flood storage? 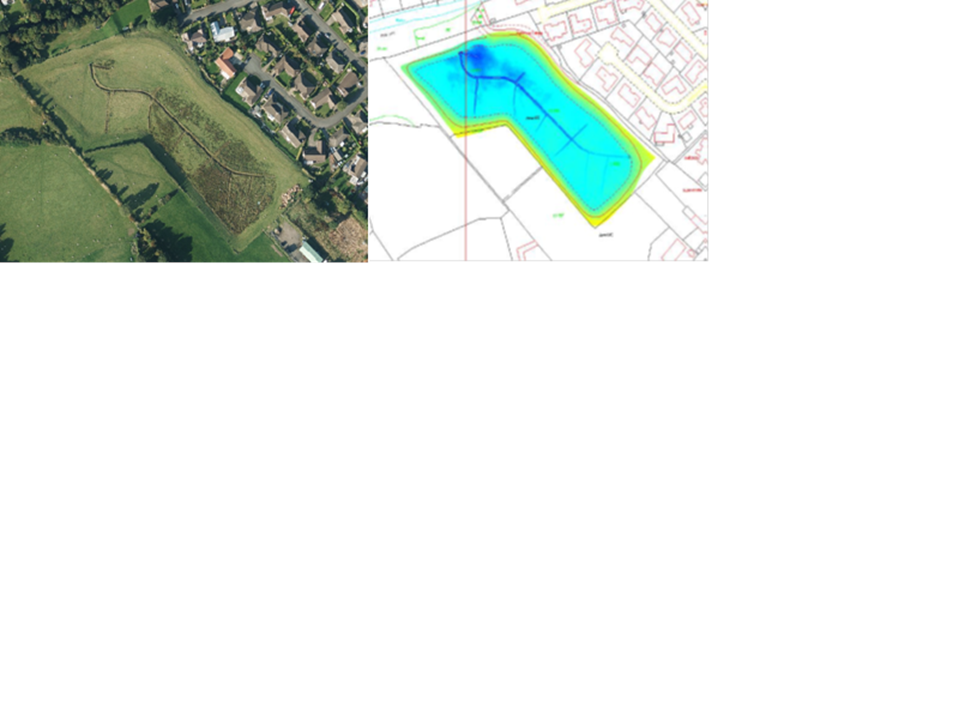 The National Strategy on Sea Defences, Flooding and Coastal Erosion and associated documents are available to view here.

If you have any information about a past flood event then we would like to hear from you. Please fill out our online flood reporting form.

There is no specific flood season for the Isle of Man.

High and low pressure systems have a strong influence over the types of weather that we experience in the Isle of Man. Different pressure systems bring varying weather conditions depending upon the time of year.

Low pressure in the winter often signals stormy or wintery conditions. The jet stream is usually positioned further south than its summer track meaning that the impacts of unsettled conditions can be widespread. Large-scale frontal rainfall is typically seen during the winter months and the frequency of river flooding is much greater with around 80% of major events occurring within the October to March timeframe.

Low pressure in the summer can lead to periods of prolonged rainfall, which in extreme situations leads to flooding. Short intense rainfall events resulting in flash flooding are commonly associated with summer months. Evaporation losses are typically greatest during the late spring and summer months, which influences antecedent soil moisture conditions, an important control on flood seasonality.

Dredging covers a range of activities from the excavation of material from the riverbed and sides of river channels through to the straightening and/or deepening of watercourses.

Dredging may provide no benefit at all during severe or extreme flood flows. This is especially so at areas where the flow rate is impeded by channel constrictions such as bridges or high downstream water levels (tide-locking). During severe or extreme flood events, the storage provided by the river channel is insignificant when compared to that held in the floodplain. It is not practical to carry out dredging to the extent that would be required to confine such large flood flows from the wider floodplain, since the capacity of the channel is a small fraction of the wider floodplain (see diagram below).

Dredging does not reduce the risk of other kinds of flooding either, such as surface water or sewer flooding.

Dredging comes with significant risks that must be understood at a local and catchment scale. Reductions in channel roughness and increases in the gradient and capacity can result in increased erosion and flooding downstream. Dredging can have negative impacts on the environment and wildlife.

The benefits gained from dredging need to be balanced with the consequences and all cases should be considered alongside other options such as flood defences, river restoration schemes and natural flood risk management projects.

Routine dredging on the Island’s Northern Trenches is undertaken annually. These artificial watercourses have gentle gradients, causing silt to accumulate quickly and a routine maintenance programme is beneficial to maintain channel conveyance reducing fluvial (river or stream) flood risk in the north of the Island. The Island’s natural rivers are not routinely dredged because these same benefits cannot be achieved. However, we do remove localised accumulations of gravel and debris at known pinch points along the Island’s natural watercourses.

Topographical surveying of gravel bars and river channel cross sections is often carried out and used alongside computer modelling methods to establish whether the area will benefit from gravel removal from a flood risk perspective. Such pilot studies are then used to inform gravel management and monitoring regimes on the island’s rivers – see below.

Pilot study on the Silverburn

The study indicated that allowing shallow gravel bars to establish in the vicinity of Ballasalla is unlikely to increase the flood risk to any properties. Whilst more flow can be contained in channel if gravel is not present, gravel is only a secondary influence of flood extents in this area.Flood levels are controlled by other constrictions such as road bridges.

The figure shows the difference in modelled water levels between scenarios with and without a gravel bar in the river channel. 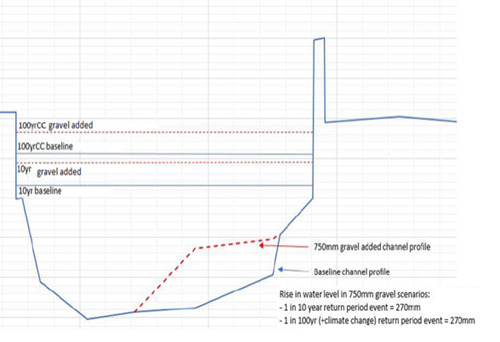 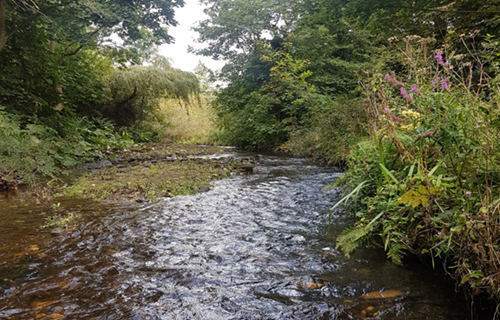 If gravel deposition develops to significant depths, the resulting loss of channel capacity could have implications for flood risk. We will continue to monitor the situation and will manipulate static gravel bars that are becoming a concern from a flood risk perspective.

If you own part of a watercourse and wish to maintain its condition, including removing silt and gravel, you should contact us first to discuss.

If you plan to put up flood defences or carry out works on or near a watercourse, our written consent is required so please contact us.

You should also contact DEFA as you may require their consent before working in or near certain watercourses. Under the Fisheries Act 2012 consent must be sought for dredging Any landowners wishing to dredge ditches should contact DEFA on (01624) 685835 in order to avoid committing offences under the Wildlife Act 1990, Section 32 of the Fisheries Act 2012 or the Water Pollution Act 1993. Additional contact details for DEFA can be found here. Depending on the type of work planned you may also require other consents or planning approval.

Please read Watercourse Management in the Isle of Man for further information.